Disney will donate $1 million to help develop STEM programs in the U.S., following the runaway box-office success of “Black Panther,” it was announced Monday.

The company will give the grant to Boys & Girls Clubs of America (BGCA), a nonprofit organization that offers young people support and essential skills to help them reach their full potential.

The donation is expected to help grow the group’s national STEM (Science, Technology, Engineering and Mathematics) curriculum, and establish new STEM centers of innovation in a dozen communities, including Atlanta, New Orleans and Washington, DC.

BGCA’s centers of innovation offer hands-on experiences with advanced technologies such as 3D printers and robotics.

Announcing the donation, Disney Chairman and CEO Bob Iger said that “Black Panther” was a “masterpiece of movie making.”  Disney is the parent company of Marvel Studios, which produced the film.

The first Marvel Studios’ movie to feature a predominantly black cast, and with a narrative steeped in African culture, “Black Panther” stars Chadwick Boseman as T’Challa, who is the protector and King of Wakanda, a fictional advanced nation.

T’Challa’s younger sister Shuri — played by Letitia Wright — is a tech-savvy innovator who creates a large amount of the modern technology in Wakanda, including designing her brother’s superhero suits and gadgets — hence, the STEM connection.

“It is thrilling to see how inspired young audiences were by the spectacular technology in the film,” Disney’s Iger said in a statement. “So it’s fitting that we show our appreciation by helping advance STEM programs for youth, especially in underserved areas of the country, to give them the knowledge and tools to build the future they want.”

Since its release earlier in February, “Black Panther” has proven to be a huge success. It took $242 million in the U.S. over President’s Day weekend, the second highest four-day haul in domestic movie history, according to Marvel, and has grossed to date more than $708 millionworldwide.

“Thanks to Disney’s support, we can expand our outreach and allow more youth to find their passions and discover STEM careers,” Jim Clark, BGCA president and CEO, said in a statement Monday. 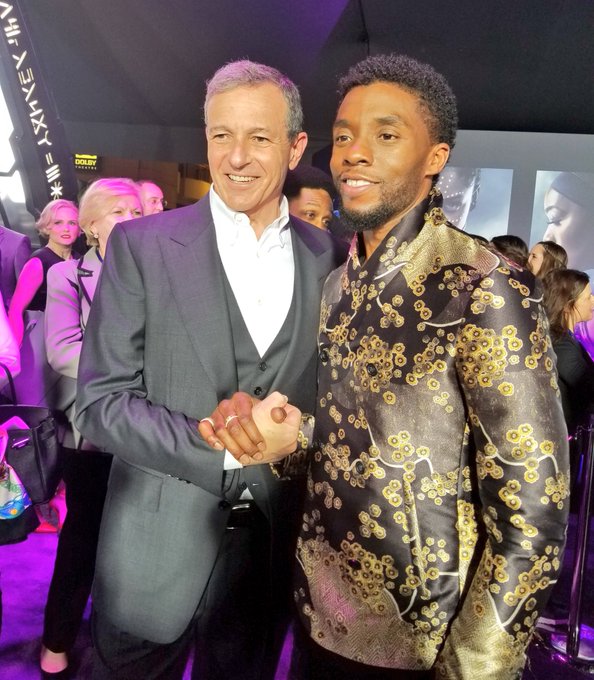 The #BlackPanther movie-ment continues. Thank you to @RobertIger & @Disney for donating $1 MILLION to the @BGCA_Clubs so they can expand their youth STEM programs. You can never go wrong when you invest in kid’s futures.